“I was standing in my yoga class by myself, my body covered in white and pink scales. As I moved through the yoga sequence, my body in flow and with focus on my breath the scales started to fall and disappear into the ground. I could see parts of myself again. As I paused in Tadasana I felt the courage to remove the remaining pink and white scales from my face. I could see the whole of me and I finally revealed my true self.”

When I think of this dream or I tell others about it, the the little hairs on my arms and neck stand on end and I get the goosebumps. Throughout the years I have often had dreams like this that have been so clear with strange elements of symbolism that they have had me reaching for the dream dictionary. In short this dream was about myself being buried and hidden behind what I thought was right for me instead of embracing who I was and being more me in the world.

When I was small I used to spend time with my grandparents and I would make things, create stories and act them out. My Grandma was part of a writing group and she wrote poetry and short stories and I used to do so too. I remember really enjoying this time and being really happy but somehow it became lost, hidden and buried under exams, degrees, post graduate study, home improvements and the general expectation of a career, society and myself about what I ought to be doing. I felt unhappy like there was something missing.

Once yoga helped me past the anxiety and panic attack stage of my life and I started to explore deeper I began to listen to myself more. Through all the noise of day to day living I could finally hear myself speak. My body, heart, mind and soul was telling me to write again and I started to journal.

As I recall 2009 started out as such a promising time, I was 34, I obtained a new job, found a new home following some time out travelling and I thought I was all set. Sadly the remainder of the year was fraught with sadness as we lost three beautiful family members including my Grandma who encouraged me to create and write. As we move through life there are those times when we are reminded of the fragility of life and this was one of them. It was the wake up call I needed. I finally left the education system and I wrote the first draft of an idea I had for a book. I have re-wrote it a few times but never done anything else with it. Annoyingly it still sits upstairs just waiting to be used. There are a few reasons why it still sits there, one of them is because I never really understood what it was about until recently and secondly I have felt I needed more space to work on it a little more. I have always said it would have its place in time.

I do believe that Yoga brought me home, over the years it has helped me to understand who I truly am and encouraged me to show the world those parts of me too. My learning through Yoga hasn’t stopped there, it has healed me, encouraged me to surpass obstacles I have faced and challenged my beliefs and old worn out behaviour patterns. It is one of the reasons I teach students in class to focus in and listen to their body. I’m sure you have all seen the Jigar Gor quote, “Yoga is not about touching your toes it’s about what you learn on the way down.” It is certainly true for me. 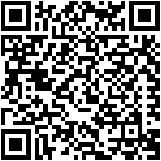